Of all the threats facing a pipeline’s operation, dents have the potential to be the most injurious.

They can be harmful on their own but can be even more injurious if they are adjacent to other features like metal loss, cracks, or other defects. As a result, operators spend a proportional amount of time and money seeking to identify, size, and remediate them to keep their asset operating smoothly, safely, and profitably.

Dent Profile Characterization plays an important role in these dent observation measures because the potential threats that dents present are based on a wide array of factors. Their potential for damage can range from zero all the way to pipeline failure depending on factors including historical cyclic pressure ranges, physical location, whether they’re restrained or unrestrained, and, of course, interacting threats. That’s why NDT Global has made characterizing dents – and their attendant threats – a priority in its service offering. 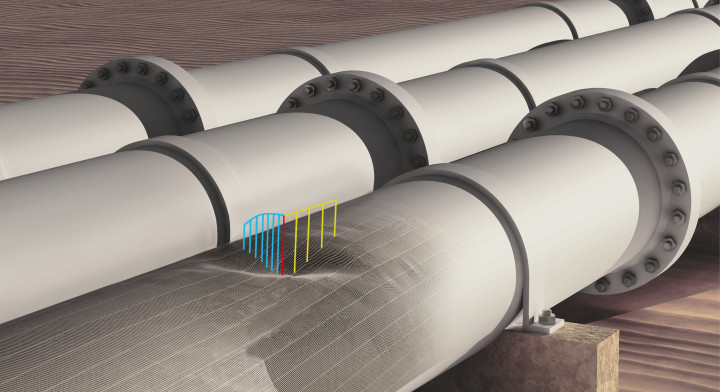 The first step in Dent Profile Characterization is collecting inspection dent data. More data points about a dent paint a higher resolution picture of what’s happening inside of a pipeline. Our analysts look at this data with an eye toward the impact caused by pressure cycling frequency and maximum operating pressure. In addition, analysts look to see if a dent is restrained or unrestrained since, for example, removing the indenter on a restrained asset can have a substantial impact on any dent remediation plans. Another piece of data gathered – mostly for the inspection of gas pipelines – is strain. Strain’s ability to exacerbate the potential for a dent’s injuriousness make their accurate measurement a key part of dent assessments.

With all of this data in hand, our team of analytic experts – many of whom are dually credentialed engineers and Level 3 analysts – can sift through information indicating thousands of potential dents and narrow the list down to only those that have the statistical probability to be injurious. This culling of potential threats not only provides some peace of mind for asset operators, it allows for the basis of an insights-driven, actionable plan to deal with dent features that are most likely to cause operational disruption and financial loss. 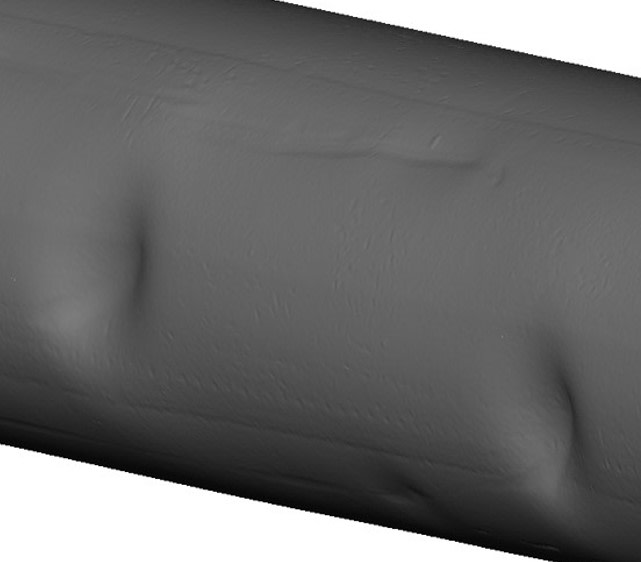 With this “short list” of dents and/or dent-like anomalies, NDT Global’s team of experts look at the data through a few, targeted lenses intended to inform an operator’s dent mitigation and remediation plans. The first insight we produce is regarding the dent’s failure pressure. With an understanding of failure pressure, it’s possible to predict a range of future maximum operating pressure growth beyond which pipeline failure can occur. In addition, we analyze inspection data to observe where the asset is in its fatigue life; when compared to this estimation, it’s possible to predict a range of time within which a dent in the asset can cause the premature end of an operation’s useful life.

The types of integrity assessments needed before plans can be solidified are based on a number of factors including things like the physical location of the pipeline in question, immediate integrity, future integrity, the presence of coincidental features, and pipeline manufacturing methodology. These factors should be combined with predicted failure rate and maximum operating pressure to inform remediation plans that will maximize an asset’s safety, throughput, and profitability.

While establishing the rough condition of a dent at the beginning of a dent characterization assessment is important, it becomes critical to get the highest resolution picture of its size, depth, orientation, and the condition of its ability to endure high pressure as these observations move closer to causing real-world actions. 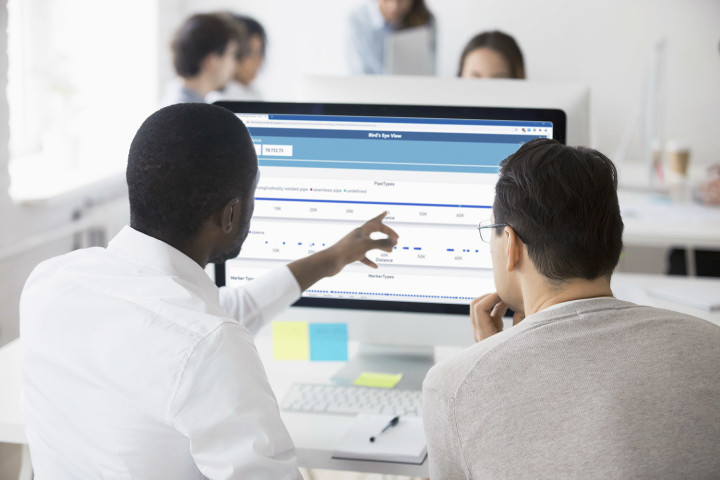 An inexact but directionally correct method of determining a dent’s restraint condition is the Clock Treatment Position. Imagine looking down at a pipeline partially embedded in silt at the bottom of a lake. Now, envision the numbers of a clock being evenly spaced out circumferentially around the pipeline at any given section. Dents on the top side of the pipe (above roughly 4 and 8 o’clock) were most likely caused by 3rd parties i.e., erroneous construction impact, vandalism, and – as a result – are most likely unrestrained because the indenters are no longer present. Using the same clock analogy, dents on the bottom side of the pipeline (beneath roughly 4 and 8 o’clock) were likely caused by natural phenomenon like rocks or tree roots, so it’s likely that the indenter is still present, making the dent restrained. Remediation of both kinds of dents are critical tasks in integrity management, but restrained dents present a unique challenge because it falls on the operator and partners like NDT Global to determine how the removal of an indenting object will impact the overall operation of the asset.

The result of this concern about the removal of a dent-causing items was the Restraint Parameter (RP), an algorithm used to predict how such a removal would impact overall pipeline health including impacts to throughput, maximum pressure thresholds, and the potential for increased (or decreased) feature growth. 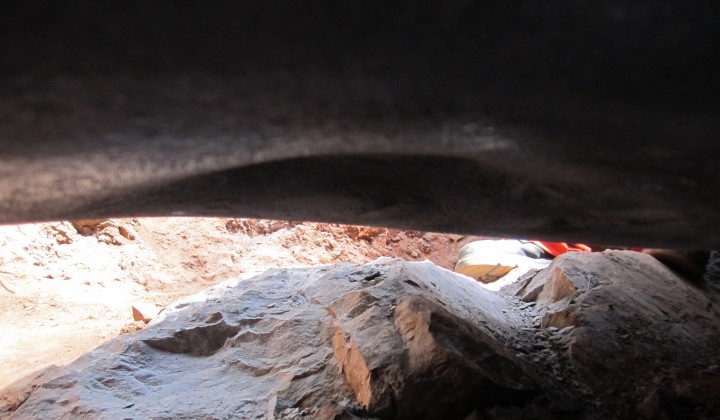 Coincidental and interacting features do not necessarily make them more injurious. For example, a dent that interacts with another dent (or a weld, or a gouge, or a crack, etc.) doesn’t necessarily make the dent or its interacting features more threatening to pipeline operations. These interactions can increase their potential injuriousness, but it’s not a foregone conclusion. As a result, these features are analyzed individually and in combination with one another. If an individual or combination assessment yields a result that doesn’t negatively impact dent failure pressure or fatigue life according to standards like those in API 579, then they’re not considered threats within the RP standard for safety. Alternatively, if any dent or associated threat does exceed safety standards set forth in API 579, then additional assessments will be required to maximize operational efficiency, safety, and dependability.

When characterizing dents in a pipeline’s construction, geometric differences found in welds are just as critical as those introduced by manufacturing or by third parties. While welds are critical to remediating features of every kind – including dents – their introduction can negatively impact dent failure pressure and fatigue life. Characteristics like the weld’s orientation, axial, or circumferential position relative to the dent’s deepest location, and the weld type all introduce incremental risk into an asset’s long-term viability. As a result, the same rigor applied to inspecting any change in the makeup of an operation’s pipe walls should be applied to dent-related welds. It’s always best to ensure that a solution accomplishes it goals instead of inadvertently exacerbating the dent threat attempting to be fixed. Contact us today to learn more about our dent profile characterization assessment. 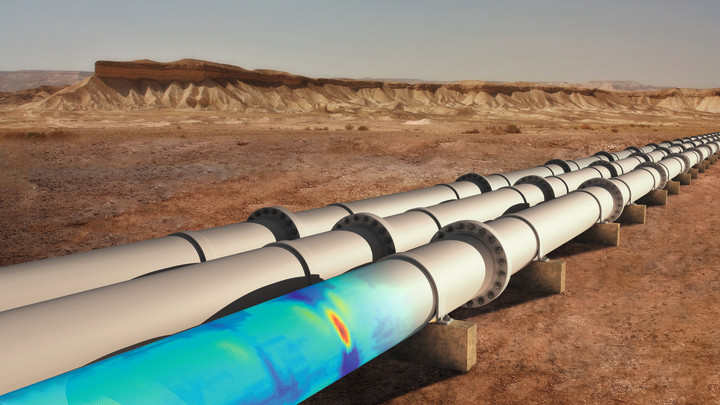 Speak With An Expert

Evolving to a Preferred Provider of Integrity Management

NDT Global is evolving from the industry's leading ultrasonic ILI company to a preferred provider of integrated - integrity management solutions.